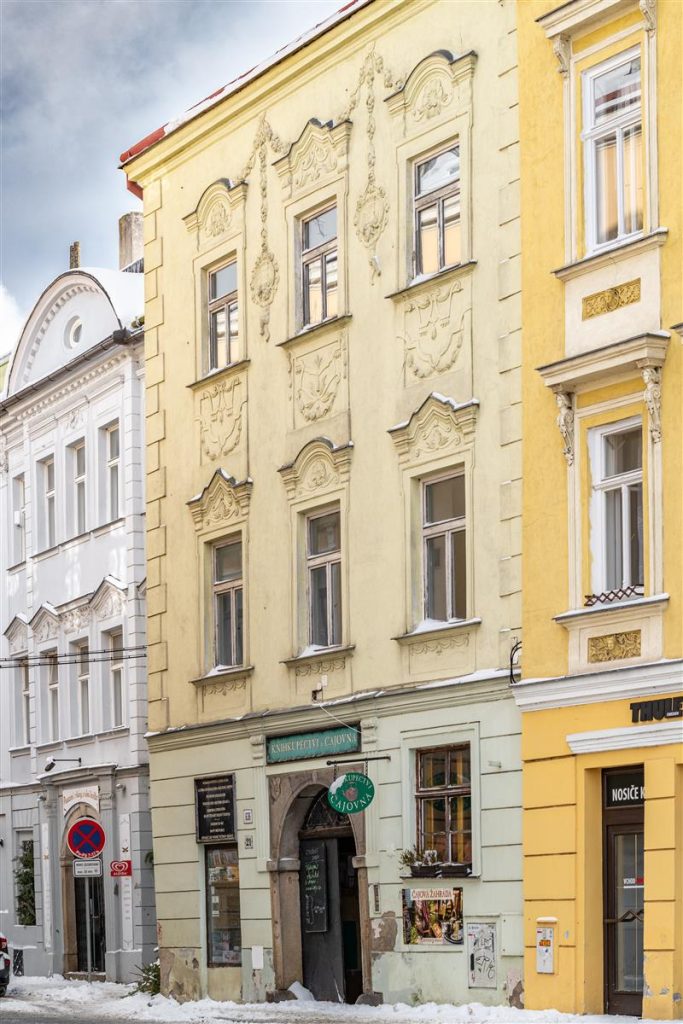 MN 21 project – Restoration of the House No. 21 in Masaryk Square in Jihlava

The new function and operation framework of one of the historical townhouses in the main square in the city of Jihlava, the so called MN 21 (House No. 21 ) was agreed upon in the spring of 2019. The project documentation for obtaining a building permit was drawn up in August 2019 and the implementation documentation in the spring of 2021. The whole restoration project was supported by Norwegian funds, including the operational components. In December 2021 a total restoration started. This restoration project is a product of a working group called Jihlavské domy (Jihlava houses in English) whose members are representatives of the Municipality of the city of Jihlava, a non-profit organization Archaia that deals with archeological and historical surveys in historical urban centers, the Faculty of Architecture of Brno University of Technology and the National Heritage Institute. The work group has been meeting since 2018 for the purpose of mapping and better understanding of Jihlava’s building history.

The targeting of the proposed functions and operational framework for the townhouse was preceded by a good knowledge of the building and by examination of various operational schemes by the architecture students of the Brno Technical University. The townhouse was precisely measured, a 3D model was created and surveys important for the project also from the point of view of heritage conservation were done (such as evaluations of the state of building’s statics, wooden structures, moisture, archaeology etc.). 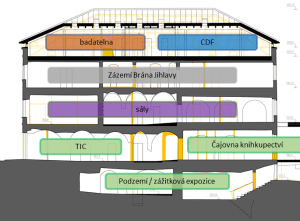 The final proposal reflects gathered data and assumes its further development depending on new findings. During the reconstruction, it was possible to date many of the wooden elements. For example, the cut beams of the oldest basement ceiling were dated to the late 1370s, the beamed ceiling above the ground floor is from the 1520s, the ceiling above is from the late 1570s, and a number of other wooden elements date back to the 1720s and 1330s, mid and late 19th century. After removing concrete sprayings, it was possible to better determine and explain the historical development of the cellar, a late Gothic portal was discovered between the rooms on the ground floor, paintings mainly from the 18th and 19th centuries were partially uncovered on the first and second floors. An architect was approached on the basis of good references and experience with historical as well as contemporary buildings. From the beginning, the architect consulted the project with the representatives of the professional organization and the state heritage conservation authority, who conveyed the specific values of the building to the architect. The project respects all historical layers with an emphasis on the two most fundamental layers – Renaissance and Classicism. The importance of the entire building is underlined by its position in the corner of the main square and by its front facade.