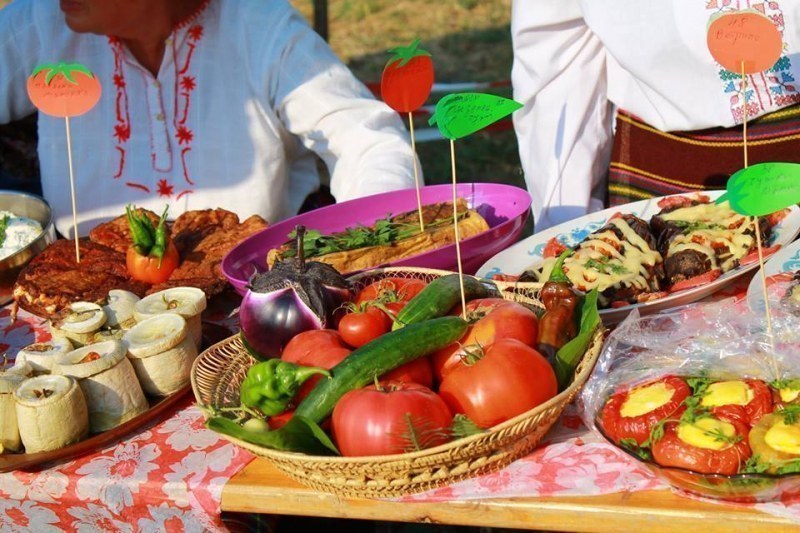 The annual Festival of Red Peppers, Tomatoes, Traditional Food and Crafts (or the Kurtovo Konare Fest ) organized in Bulgarian village of Kurtovo Konare is a good example of the valorisation of particular food as a local heritage. It first release was in the 2009th when chitalishe “Luben Karavelov” organized a food festival under the name Festival of Red Peppers, Tomatoes, Traditional Food and Crafts. As the naming shows that was a celebration of the traditional local crafts and foods. The aim was to revive and promote the traditional local livelihood and the new form of public celebration that the festival offers was appropriated in or to “laid the ground for joint efforts of local authorities, community, farmers, producers and partners for organizing it as an annual event and to be included in the Stamboliiski Municipality Calendar for promotion of the whole region and tourist attraction.”

Local identity is represented through the culinary skills of Kurtovo Konare villagers, traditions inherent from the previous generations and thus re-connecting present with the past. What is more those considered traditional practices and knowledge are transformed to an attraction for visitors.  Thus pre-industrial life and technological and culinary expertise are valuated as local heritage significant to be passed on to the future generations, but also to be shown to and sheared with outsiders. 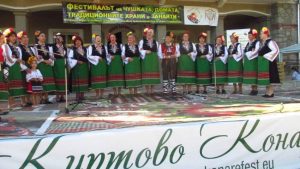 From its first edition to nowadays, the organizers of the festival did not changed significantly the main events included in its programme. Each year the festival takes place on the main square of the Kurtovo Konare village where activities for all ages are organized. Food plays a central role as the festival celebrates pepper, tomatoes, and a traditional Bulgarian homemade product lutenitsa (In Bulgarian: лютеница). Lutenitsa as a mixture of grinded boiled tomatoes and roasted red peppers became the logical symbol of the festival and appears on the festival’s logo. Making lutenitsa is a method of vegetables preservation in canned jars made at the end of the summer when tomatoes and red peppers in Bulgaria are with high yield. That is why the festival takes place at the begging of September. Kurtovo Konare woman claim that there is specificity in the way they make lutinitza as the red peppers are boiled instead being roasted.  Other key elements of the festival programme are an open fire cooking, farmers’ market, homemade and handicraft products bazaar, culinary, photo and art workshops, as well as presentations and discussion dedicated to culture, traditions and heritage. The entertainment of the visitors includes also a line-up of rock, ethnic, folk, and jazz music.  Different competitions that kids might attend are an interactive way of learning about local traditions by having fun. In order to awake public awareness toward sustainable agriculture and the preservation of local biodiversity discussions dealing with those issues are also part of festival’s program.