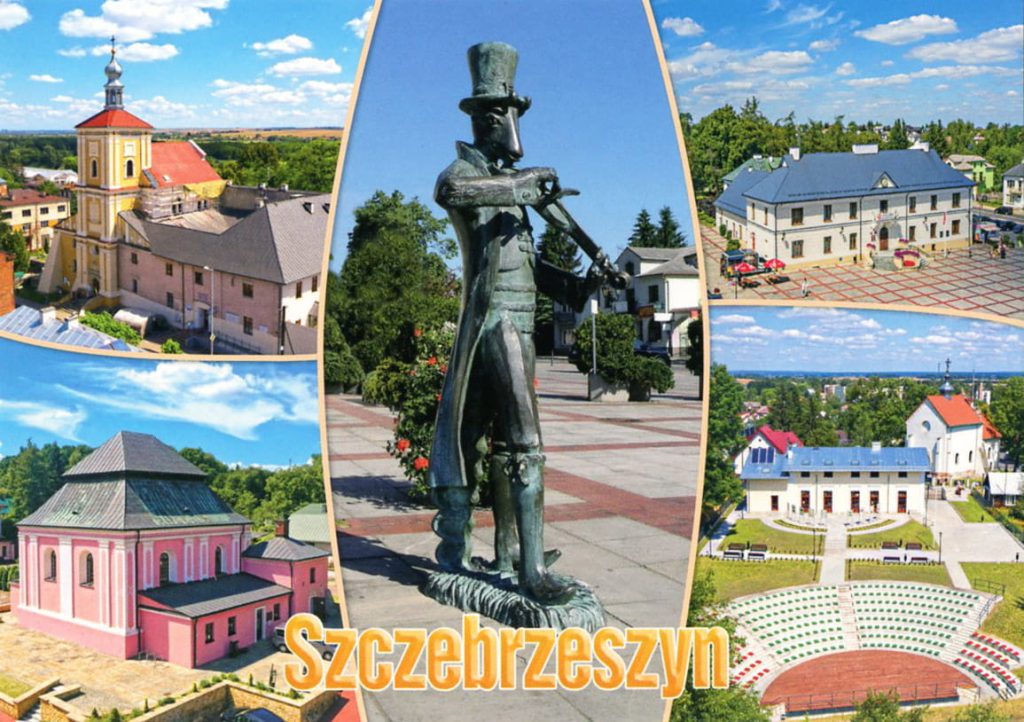 Szczebrzeszyn is an interesting little town of about 5,000 inhabitants. Until the Second World War it was inhabited by Catholics, Jews and a small Orthodox community; after the war only Polish Catholics remained. The town’s urban character is evidenced by the market square and a few degraded tenement houses forming a small urban layout. The town is also trying to create its identity based on the past in line with the dominant contemporary drive for heritage.It is thanks to the beetle that Szczebrzeszyn has become recognisable throughout Poland, The popularity of the insect and the town is linked to a very popular children’s poem by Jan Brzechwa, entitled „The Beetle“. The poem begins with the phrase ‘W Szczebrzeszynie chrząszcz brzmi w trzcinie I Szczebrzeszyn z tego słynie’ („In Szczebrzeszyn the beetle sounds in the reed/ and Szczebrzeszyn is famous for it“) and is a kind of speech therapy exercise, as both words (chrząszcz, or beetle, and Szczebrzeszyn) are quite difficult to pronounce. 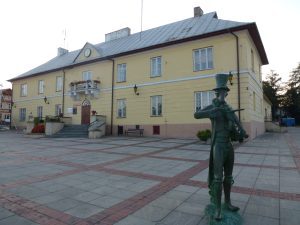 The connection between the insect and the city is therefore entirely coincidental, but due to the immense recognisability of the poem, the city draws its nationwide popularity from it. Significantly, on the town’s official website, under the „History“ tab, a short popular text about the town’s past is illustrated by just one photo, that of the beetle statue (https://szczebrzeszyn.pl/pl/blog-artykul/7). In a witty reference to the poem – a linguistic jumble of phonemes characteristic of the Polish language – a Polish language festival has been held in Szczebrzeszyn for a dozen or so years, bringing together well-known Polish writers and poets, masters of language.