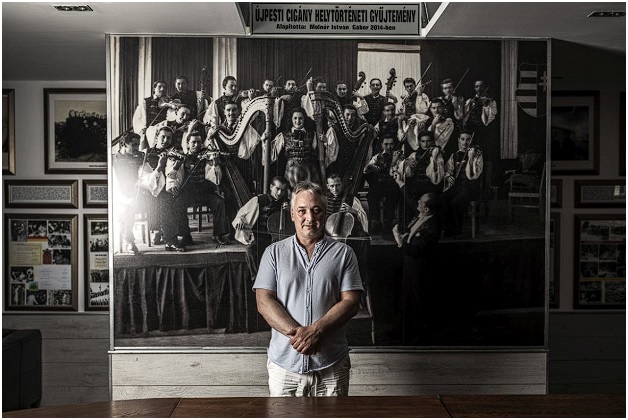 Another example of preserving Hungarian Roma heritage in a participatory way is the Újpest Local Roma History Collection, exhibiting the history of a less marginalized Roma community, the Romungro musicians. The collection is based on a photo and document archive, completed with an oral history research which was conducted in two parallel ways. One the one hand, local historians – who in general did not have much knowledge about Gypsies living in the neighborhood – were asked to collect data about Roma people in the archives and in media and on the other, interviews were made with the inhabitants, first of all with the elderly Roma Musicians of the district. The traditional and the oral history research was in a lot of cases contradictory and highlighted the discrepancy between an official canon (often trying to erase the presence of minorities) and the personal and communal memory of the Roma people of Újpest. Since its foundation in 1997, the Újpest collection stands as a community heritage project par excellence, in which local Roma inhabitants are not only involved through the discovery of their past but also in the informal education of the young generation. Just as in Hodász, in addition to heritage-making, the institution has a lot of other community functions, from intimate celebrations to more formal events. Furthermore, there is a constant attempt to integrate Roma history in the collective memory and to establish monuments or ceremonials remembering the Roma victims of the Holocaust or the Roma heroes of the revolution of 56.