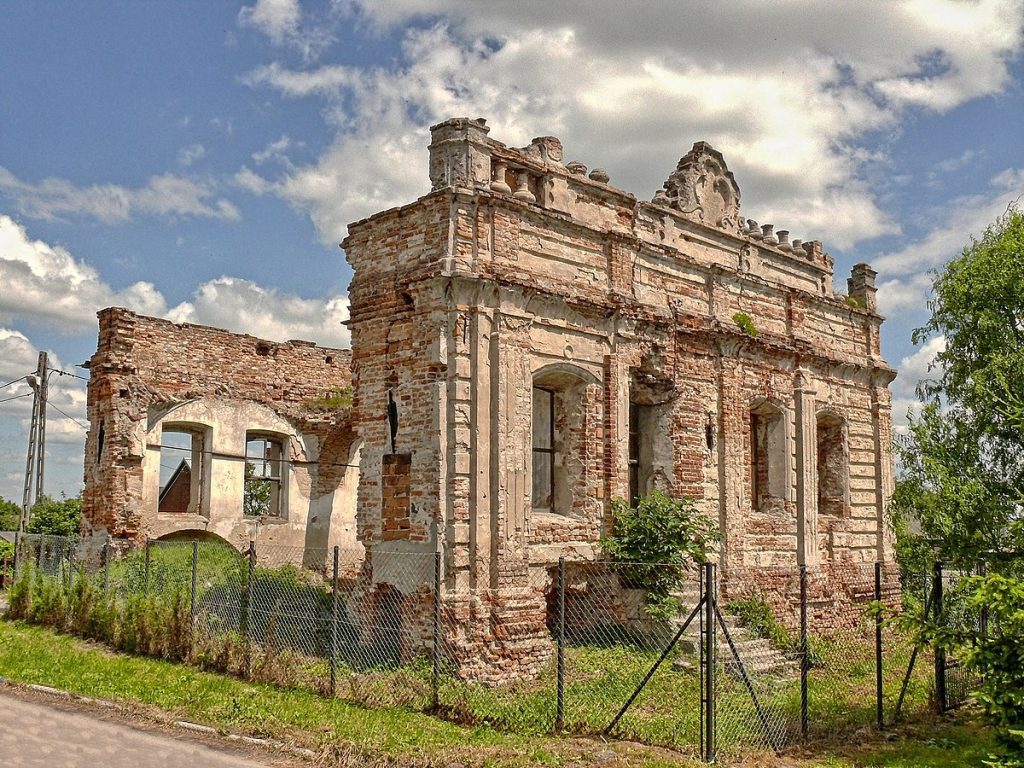 Łaszczów is a town which, until WWII, was inhabited almost exclusively by Jews and which was burnt to the ground in 1944. What has survived is the market square, where there is a monument commemorating the victims of the war and the struggle for liberation, and the Roman Catholic church standing next to it: this symbolic arrangement dominates the small centre. The municipal government also looks after the traces of the Jewish presence, even though neither the inhabitants nor the material signs of their presence have survived. The ruins of the synagogue, of which only the walls remain, have recently been cared for. The synagogue was a small building adapted from a former granary; a fence surrounds it to prevent further degradation of the site, and an information board has been erected at the site. The second site is the former Jewish cemetery. It contains a monument, commemorating the extermination of the Jews, a few surviving tombstones and an information board. The site is well maintained and tidy. 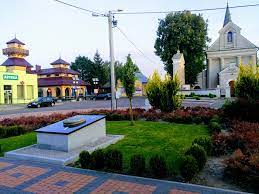 Recovering the memory of the Jewish population is part of the activities undertaken in Poland for several years. Jewish cemeteries, often the only evidence of the presence of a murdered population, are being cleaned up in many localities, as are places of worship, usually adapted to the needs of the local community, such as the synagogue in Szczebrzeszyn. In Łaszczów this is of particular interest because, apart from the church and the ruins of the castle of the town’s former owners, traces of Jewish culture are the only elements from the past, places that can be considered local heritage. Official care on the part of the local government indicates their importance in the narrative of local identity; ethnological research, on the other hand, could show how they are perceived by the local population and to what extent they identify with this part of their heritage.